Texas A&M student Jake Worrell picks out a fleece pullover during a $2,500 shopping spree at Academy Sports + Outdoors on Earl Rudder Freeway in College Station on Wednesday. The Special Operations Warrior Foundation chose Worrell and his family after initial gift card recipient Chris Thompson passed on the donation totaling $5,000 to two families, with each family receiving a gift card of $2,500. 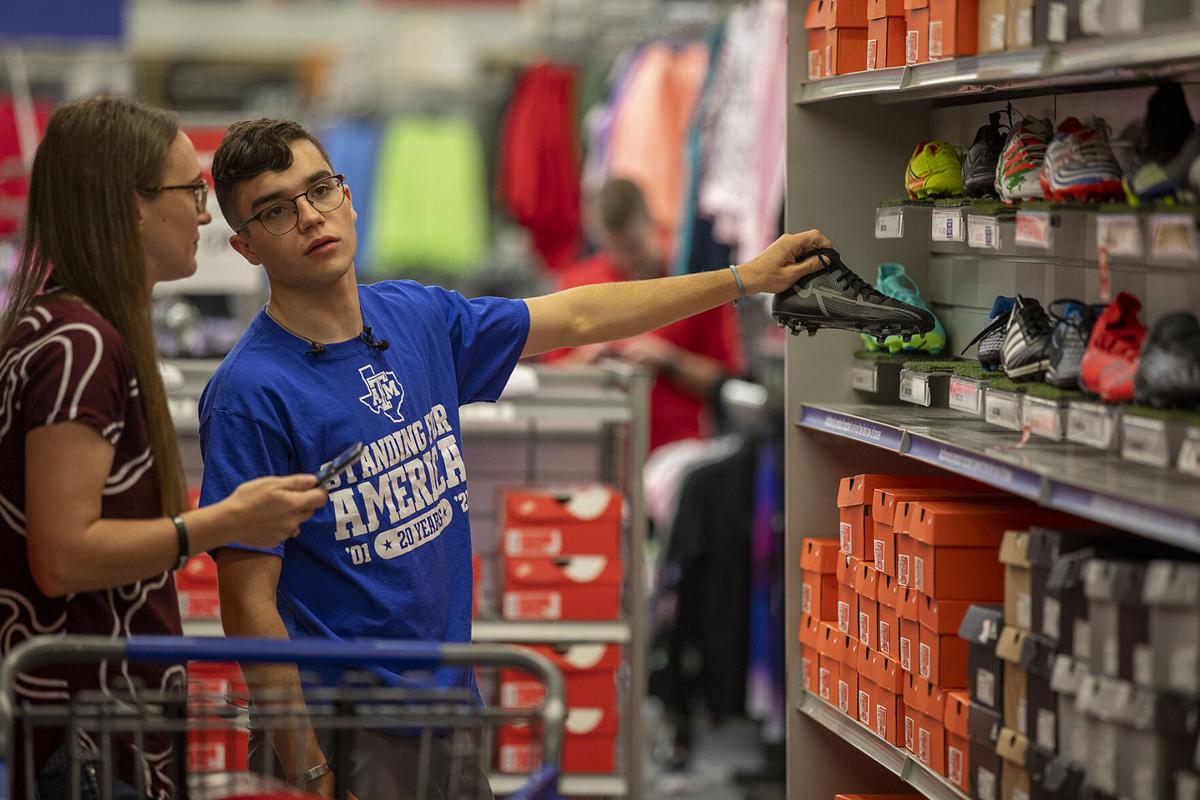 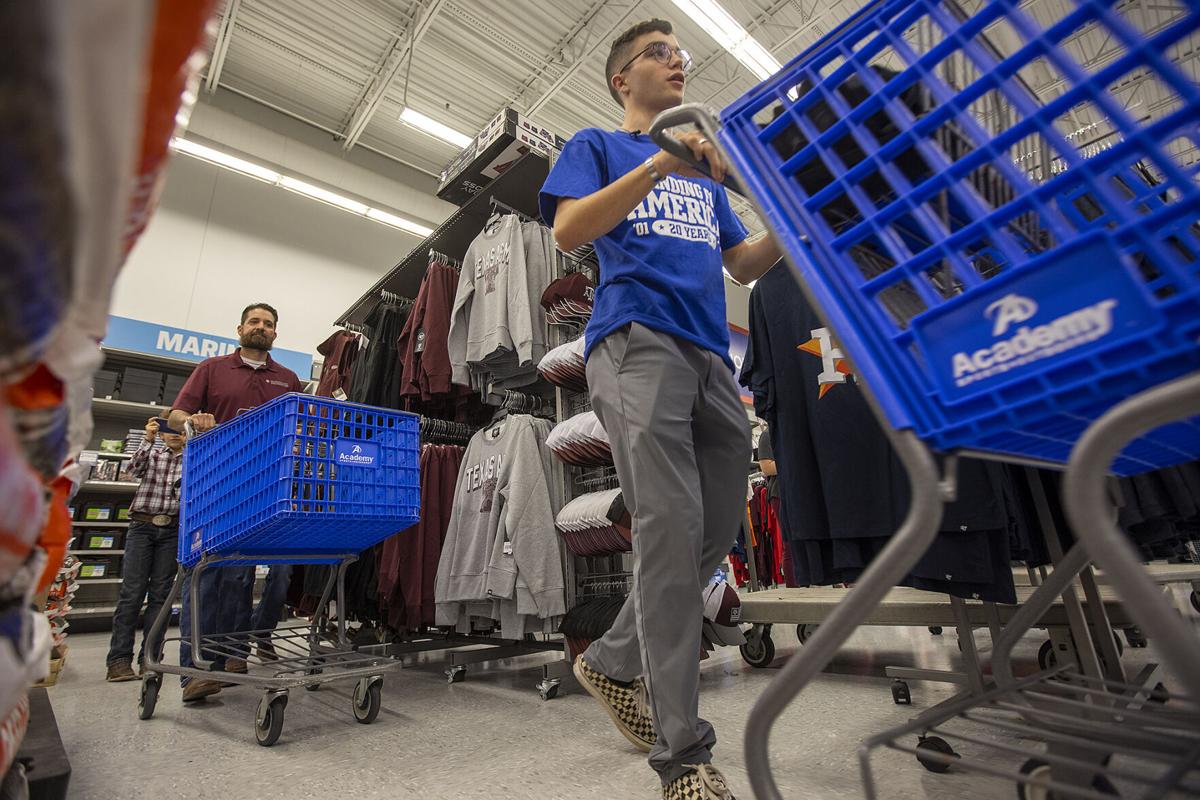 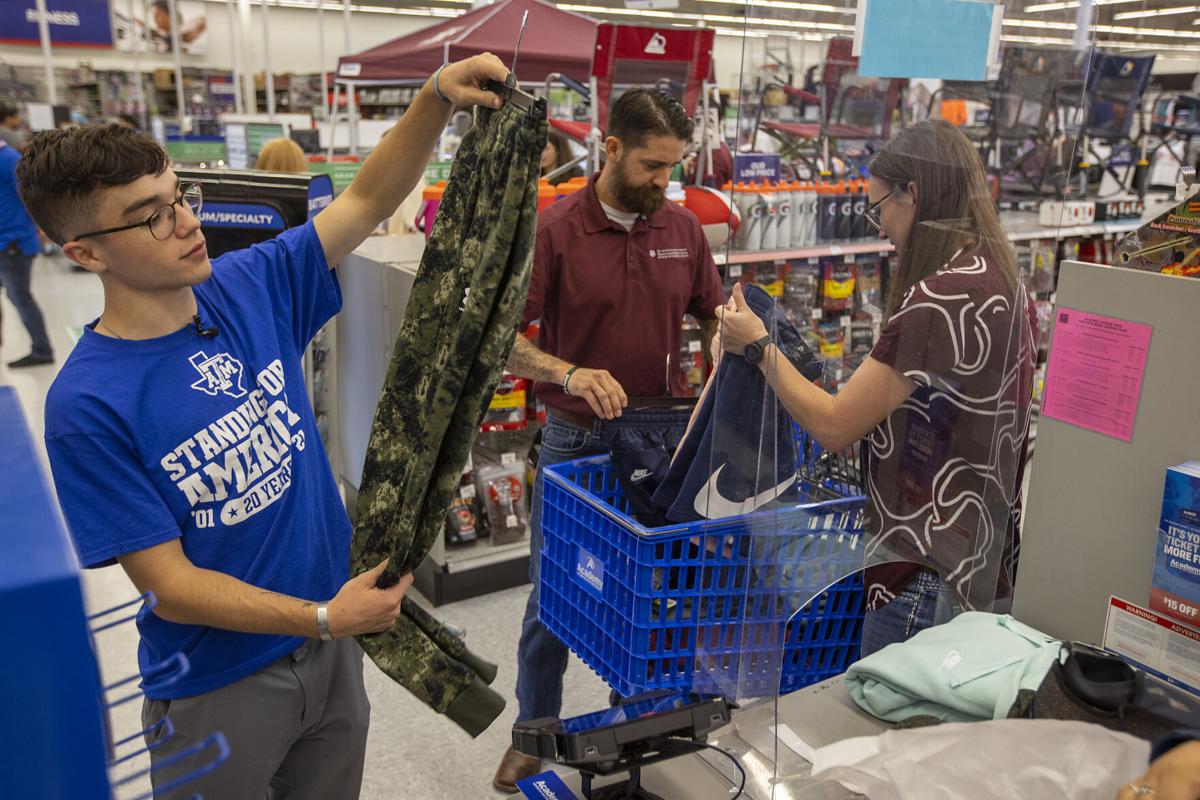 Academy partnered with Texas A&M this year to honor an Aggie veteran to commemorate this weekend’s Standing for America football game, which will be the first game of the season and due to the COVID-19 pandemic will be the first time the stadium will be at capacity since November 2019. In honor of the 20th anniversary of the 9/11 attacks, the crowd will recreate the 2001 “Red, White and Blue” game, in which fans at Kyle Field wore either red, white or blue depending on which deck they sat in.

The store reached out to A&M’s Don & Ellie Knauss Veteran Resource & Support Center for help selecting a standout veteran who could receive a $5,000 shopping spree at Academy. The team selected A&M student Chris Thompson, who only agreed to accept the gift if he could donate it to someone else.

Thompson connected with the Special Operations Warrior Foundation, which found two families with children who could benefit from splitting the $5,000 donation. The foundation is most well known for helping families of fallen and severely wounded Special Operations personnel across the country, largely through full financial assistance for post-secondary education.

Worrell made a dent in his $2,500 half of the gift Wednesday morning, shopping around the College Station store with Chris Thompson and his wife, Rebecca Thompson, and their 9-year-old son Colton. Some of the items Worrell purchased were for his younger brother, Luke, who is a student at Texas State. Jackets also made the list; Worrell said they will come in handy this winter and after he graduates since he wants to move to Montana.